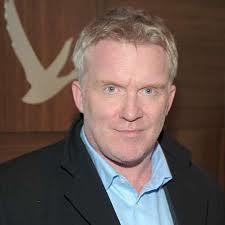 Anthony Michael Hall (born Michael Anthony Hall on April 14, 1968 in West Roxbury, Massachusetts) is an American actor, director and comedian best known for his roles in the Brat Pack films as Farmer Ted ("The Geek") in Sixteen Candles, Gary Wallace in Weird Science and Brian Johnson in The Breakfast Club, as Bill Gates in Pirates of Silicon Valley and as Johnny Smith in The Dead Zone.

Hall was a cast member on the long-running American sketch show, Saturday Night Live, during the 11th season (which ran from 1985 to 1986), and was the show's only cast member who was under the age of 18 when he was hirednote as of 2020, Anthony Michael Hall is the youngest cast member ever hired. Though he only had one season, Hall actually had a good amount of recurring characters and celebrity impressions. His recurring characters were Craig Sundberg (a seemingly brainless teenager who actually is hired by scientists, politicians, and other members of the intelligentsia to solve world problems) and Fed Jones (one half of the drug-addled street hustling pair, The Two Jonesesnote with Damon Wayans playing Ned Jones, the other half of the pair). His celebrity impressions include Art Garfunkel, Edd "Kookie" Byrnes, Daryl Hall (of Hall and Oates; Oates was played by Robert Downey Jr.note who had to put shoes on his knees to make himself look short), and Bobby Kennedy.