Zipping Up the Bodybag 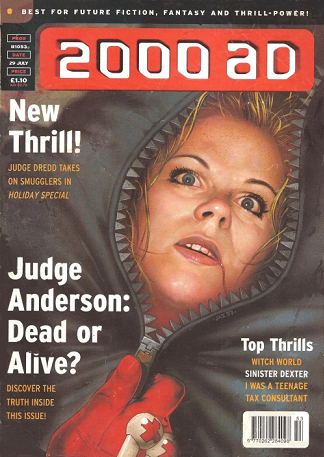 Rhino: You put a lotta our buddies in the slammer, Bat-fink! Only way you're gettin' outta here is in a black plastic bag with a zipper up the front.
Cat Burglar: A body bag!
Rhino: He knows what it is!
— Batman and Harley Quinn
Advertisement:

How do you show for certain that a character has been Killed Off for Real and hasn't just been wounded or crawled away to take cover until the end of the fight? Show a close-up shot of the police zipping him up in a bodybag. Pulling a blanket over their heads serves a similar purpose. Dies Wide Open will also often be invoked. Just the sound of the zipper on the bodybag can have the same sort of finality as a nail being put into a coffin. That character is dead. Deceased. No more. He is an ex-parrot.

Unless, of course, it's just a setup for a Bodybag Trick or Waking Up at the Morgue, both of which this trope is obviously related to. Can easily be used as a Meaningful Background Event. See also Identifying the Body. Happens about Once an Episode on any given Police Procedural or Forensic Drama.

Needless to say, this is a Death Trope, so spoilers ahead!