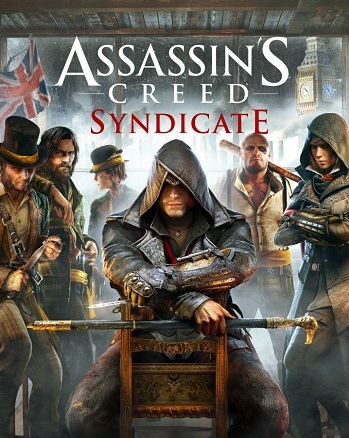 Oppression Has To End
"Ladies and gentlemen, we are Jacob and Evie Frye. And as of this moment, you all work for us."

Jacob and Evie Frye are fraternal twins and Assassins. They seek to spark a uprising in an age of class iniquity. They will rise among the organized crime syndicates to rebuild the Brotherhood through their street gang - The Rooks. The game has new features like emerging vehicle transport, carriages, trains as well as modern methods of communication. The twins also have possession of a grappling hook that can help them access the higher rooftops of the changing city.

A Season Pass was announced promising additional missions and weapons as well as the Story DLC Jack the Ripper set in 1888, 20 years after the main campaign. One of the mission packs, The Last Maharaja, centers around Duleep Singh, as the Frye Twins attempt to help him reclaim his birthright as Maharaja of the Sikh Empire, testing his friendship with the Queen and putting him in conflict with the Templars. Another mission pack (which is not included in the Season Pass) is Dreadful Crimes, a series of whodunits. 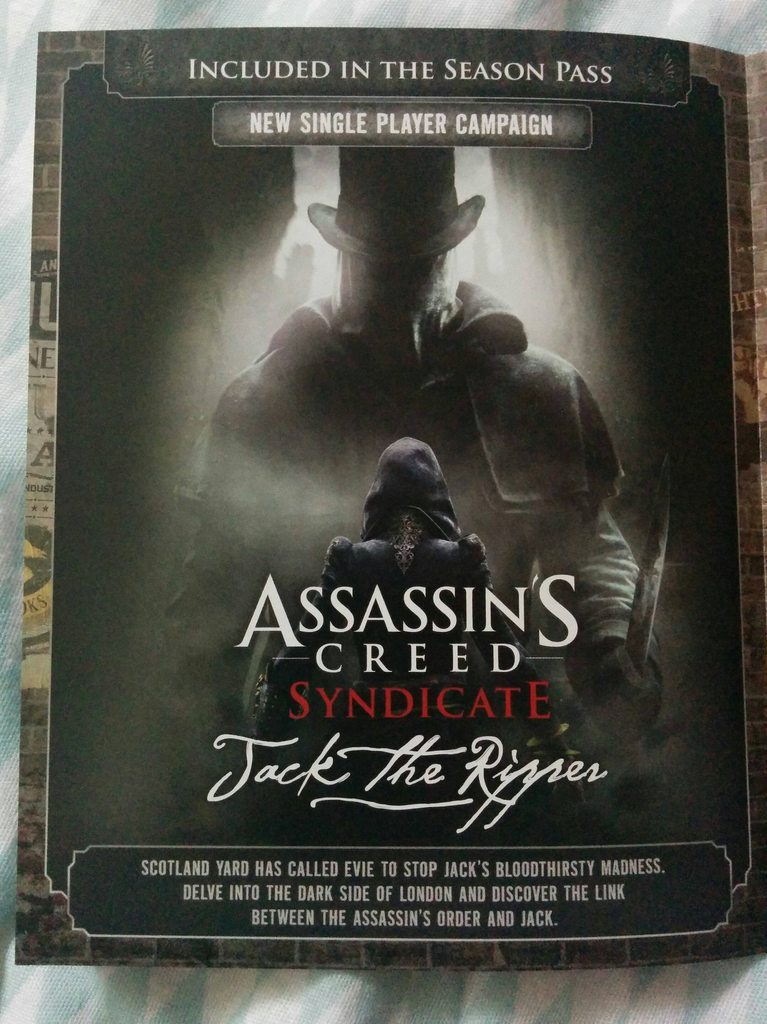 "I will gut every last one of them if that's the quickest way to you."

In the Autumn of 1888, five prostitutes were murdered in the Whitechapel district of London. Twenty years after Assassin's Creed Syndicate, Evie Frye is tasked by Frederick Abberline to stop the killer Jack the Ripper.