He Went That Way 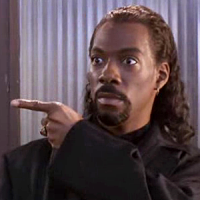 Of course I didn't just shapeshift; he went that way.
Advertisement:

Alex is either chasing or looking for Bob and comes across Chuck. Chuck points in one direction and says something along the lines of "He went that way." Inevitably, Chuck either is in cahoots with Bob, who went the other way, or is actually Bob in disguise.

Related to Look Over There.

Sometimes combined with Sarcastic Confession, if Alex doesn't trust Chuck then the chances are good that Bob really did go that way but Chuck knows Alex will simply assume he is lying and go the other way.