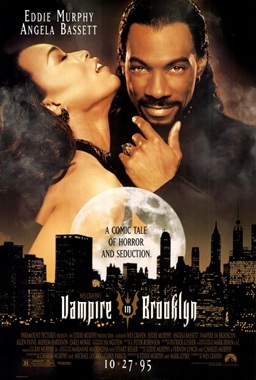 Vampire in Brooklyn is a 1995 horror/comedy film directed by Wes Craven.

Eddie Murphy (who also co-wrote the film) stars as Maximillian, a vampire from Jamaica who is the Last of His Kind. He has come to Brooklyn to seek out Rita Veder (Angela Bassett), the only known Half Vampire in America, and teach her who she is. She just happens to be a police detective. Maximillian also has problems with the courting concept. Killing her annoying roommate Nikki (Simbi Khali) is not the way to impress a girl.