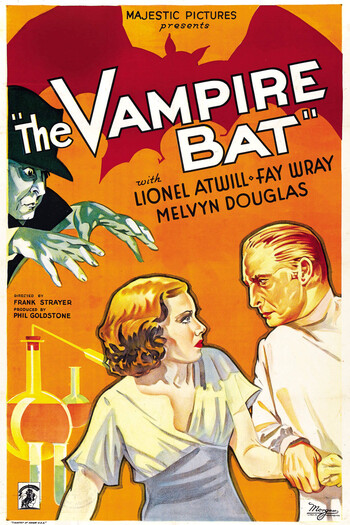 "These are the TALONS of the Vampire Bat!"
Advertisement:

The village of Kleinschloss has run into a small problem. You see, a Serial Killer is on the loose, draining people of their blood, and superstitious townsfolk think a vampire is on the loose. A detective is sent to investigate the murders, and discovers a secret related to a scientist's mysterious experiments...