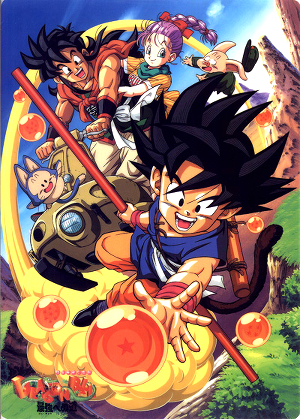 The film is a re-telling of the original series, detailing Goku's meetings with his friends and battle with the Red Ribbon Army.

The Path to Power contains examples of the following tropes:

Alternative Title(s): The Path To Power