I Just Want to Be Beautiful 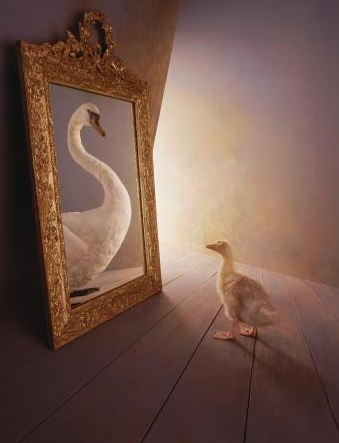 Being beautiful has many benefits: respect, love, friendship, control, and ultimately power. It can be the power to improve one's life, the power to destroy others...when you're beautiful, the world is your oyster.

What exactly is beauty, anyway? Each person has a different concept of what beauty is, but that doesn't mean people won't agree on what or who is beautiful. Beauty is often in the eye of the beholder, but that doesn't mean it's not something some people would give anything to have. Likewise, those who are already beautiful typically want to stay that way.

This trope comes into play when a character's quest for beauty - either achieving it or maintaining it - becomes their primary motivation or defining characteristic. For when it's a villain(ess)'s goal, see Fairest of Them All. A Fashion Model may feel this because his/her job might genuinely be at risk otherwise. More fantastical works may have characters with this motivation do at least one Physical Attribute Swap for the aspects that would make them more beautiful.

Contrast True Beauty Is on the Inside. See also Beautiful All Along.

A ghost uses Janine's desire to be prettier to drive her off the deep end.

A ghost uses Janine's desire to be prettier to drive her off the deep end.