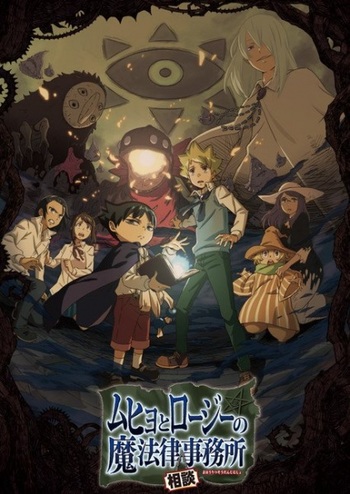 Magical Law will be Enforced

Muhyo and Roji's Bureau of Supernatural Investigation is a manga by Yoshiyuki Nishi that ran from late 2004 to 2008. Don't be fooled by the cutesy art style—this manga isn't for the faint of heart.

As the title says, this manga follows the adventures of Muhyo and Roji and their bureau of supernatural investigation as they confront spirits, traitors, and, quite often, each other. But they don't just banish ghosts. They sentence them with magic law, which is pretty much what the entire manga revolves around. Magic Law was established as a way to prevent the rising rates of crimes committed by ghosts, through sentencing them to various punishments for their crimes, and through those sentences, sending them to heaven, hell, or anywhere in between. While it starts out as your basic episodic manga, albeit a very engaging one, the plot develops quickly enough not to leave the reader too bored.

After 10 years since the manga ended, in 2018 it was announced the series was finally getting an anime in the summer season of that year

. A second season followed in July 2020, with the series being picked up by Funimation by this point.