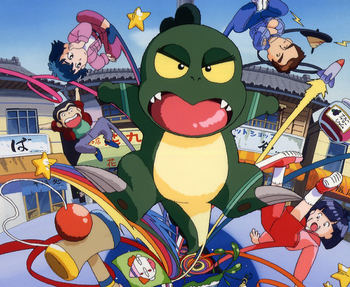 It was later adapted into a 51 episode anime by Nippon Animation that aired in Japan on TBS note  and its Osaka affiliate, MBS from September 4, 1993 to August 27, 1994.

The story revolves around a young girl named Uiba Shikatani and her newly hatched pet dinosaur, which is named after the only words that come out of its mouth, "Muka Muka".