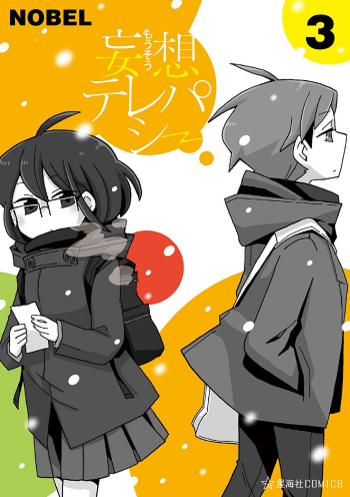 Ayako Nakano has a secret— she can involuntarily read minds, which sounds great in theory, but is an awful and limiting existence in practice. Life is already hard enough as is, but then enters Hayato Toda, the boy who sits in front of her. To everyone else he is the cool and aloof ace of the soccer team who never seems to show emotion, but to Ayako he is a perverted horn dog with a crush on her who never stops fantasizing about erotic situations between her and him. At first she tries to ignore it, but things get hard when she becomes friends with both Toda and his childhood friends Mana and Akira.

Mousou Telepathy is a Japanese webcomic by NOBEL. The series was publshed on the online manga reading site Sai Zen Sen Comics, and updated daily here