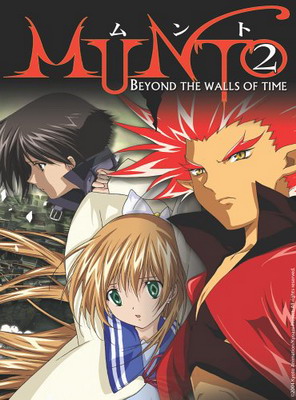 Except the primary Magical Girl is powerless on her own, it's set in a world where magic is running out (which would kill everyone), the protagonist's goal is to destroy the seal keeping the ancient enemies away, and contrary to expectations, going off to a different world does not mean your mundane origin stops caring.

Munto was Kyoto Animation's first original project, and has spawned two OVAs. Those were expanded to a nine-episodes series; the OVAs are covered in the first five and a half episodes, but with some updates. A compilation film with some additional scenes was also released.

It may have most in common with Magical Girl Lyrical Nanoha; both deliberately subvert expectations of the genre, (though not necessarily always the same ones) and have interesting, well-animated combat and deep character development.