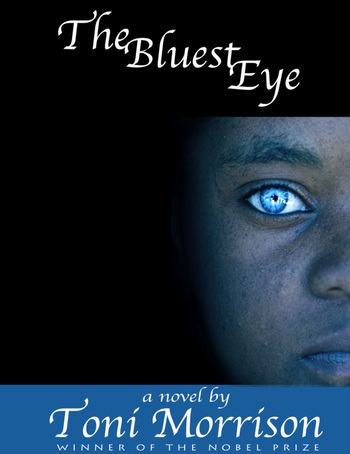 The Bluest Eye is a 1970 novel by Toni Morrison that explores the relationship between beauty and race. The story is about a year in the life of Pecola, a young black girl in Lorain, Ohio. It takes place against the backdrop of America's Midwest as well as in the years following the Great Depression. Realizing that darker-skinned black people are treated worse than lighter-skinned black people, who more closely fit Caucasian standards of beauty, Pecola comes to believe that if she had blue eyes, she would escape race-based oppression.