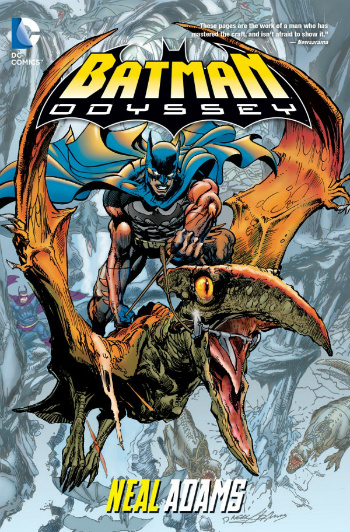 Well, we can certainly try.

Batman: Odyssey is a Batman miniseries drawn by legendary illustrator Neal Adams, one of the defining artists of Batman, and published in six issues from September 2010 to February 2011. On the downside, it is also written by Neal Adams, which leads to some... issues. It is very, very strange.

Over drinks, Naked Bruce Wayne tells a story to a friend sitting Behind the Black. The story he tells is meandering and bizarre even by comic-book standards, but eventually coalesces into the tale of Batman traveling Beneath the Earth to battle a deadly enemy, rescue Talia al Ghul, and solve an ancient mystery.