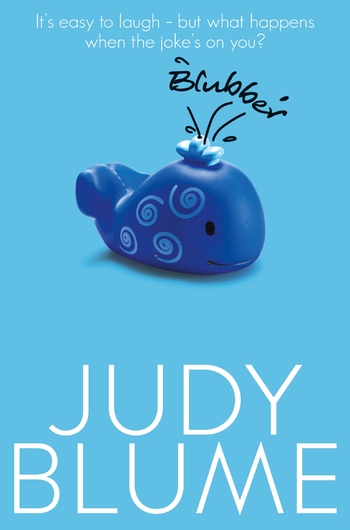 It's easy to laugh, but what happens when the joke's on you?
Blubber is a novel by Judy Blume, first published in 1974.
Advertisement:

Linda Fischer, the pudgiest girl (though not the pudgiest student) in Mrs. Minish's fifth-grade class, is singled out for bullying (physical and emotional) by Wendy, the classroom's queen bee, and everyone, including the narrator, Jill Brenner, happily joins in. Then the tables turn on Jill and suddenly, it’s not funny any more.

Blubber was banned from many school libraries and reading lists because of violence and language.