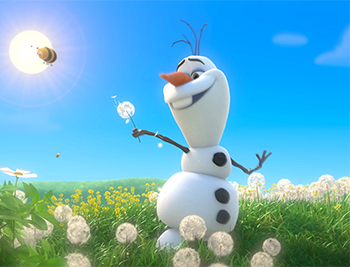 When life gets rough, I like to hold on to my dream;
Of relaxing in the summer sun, just lettin' off steam.
note "I'm gonna tell 'im." "Don't you dare!"
"I'm gonna show you and everybody else that Willy Loman did not die in vain. He had a good dream. It's the only dream you can have — to come out number-one man. He fought it out here, and this is where I'm gonna win it for him."
— Happy Loman, Death of a Salesman
Advertisement:

This character has a dream that can never come true.

This character has been hurt by the world. A lot. Yet despite their pain they never lose hope in their most cherished dream, and even draw strength from pursuing their most fervent desire. Sadly, it's a fool's dream, and not in the romantic Don Quixote sense. It's something that is not just out of reach, but that they are fundamentally incapable of achieving or receiving, and they are usually too emotionally damaged to realize this. They either can't conceive of it as such or avoid the realization because they subconsciously know it would give them a Heroic BSoD or drive them to despair. Because of this, the dream stops being something to pine for and becomes a tangible goal they seek, with uniformly horrifying results.

There are a lot of reasons for the dream being out of reach, and for failing to achieve it. Here are a few common possibilities:

That said, some characters who experience an epiphany and realize the dream is impossible may live long and happy lives, provided they make the painful decision to abandon their dream and don't decide to ignore the epiphany.

Contrast Be Careful What You Wish For, where the dream is achieved with little or no effort from the character, but then forces them to deal with the bad consequences of realizing it.

This is a Sub-Trope of Hope Spot. Sister Trope to Dream-Crushing Handicap, where the reason the dream is impossible is a physical defect. The Deaf Composer may or may not be this, depending on if they're badass enough to compensate for their disability. As the name would suggest, very often puts the Tragic in Tragic Villain and Tragic Hero. If the dream is only impossible because it would mean the end of the story, it's Failure Is the Only Option. If the character gets so desperate that they become willing to do anything to achieve this dream, that's The Unfettered. Lastly, not to be confused with Dying Dream, though in some cases the events within it may be related to the unfulfilled goals the character used to have when he or she was alive. If the dream is made tragic because of one's parents ruining it, see Fantasy-Forbidding Father. For when dreams aren't impossible and the character succeeds in achieving it, see Earn Your Happy Ending.

Olive's brother Dwayne dreams of being an Air Force pilot to the point of taking a vow of silence until he accomplishes it. However, Dwayne finds out he is colorblind, making it impossible for him to be a pilot. He does not take it well.

Olive's brother Dwayne dreams of being an Air Force pilot to the point of taking a vow of silence until he accomplishes it. However, Dwayne finds out he is colorblind, making it impossible for him to be a pilot. He does not take it well.