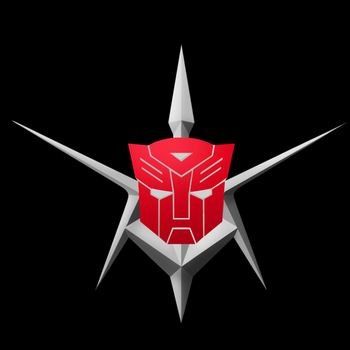 Code Prime is a fanfiction series by Iron117Prime. It is a crossover between Code Geass and Transformers.

Following Megatron's attempts to destroy the Ark at the end of Fall of Cybertron, both Autobots and Decepticons find themselves on planet Earth. The Ark crash lands into the Pacific Ocean and the Autobots go into hiding. The Decepticons, however, establish control over Earth thanks to Megatron controlling the Holy Britannian Empire from the shadows, having encountered a young Charles and V.V. in the past.

In the present day, Lelouch vi Britannia, an exiled prince of the Holy Britannian Empire, finds himself swept up in a conflict between a Japanese resistance cell and the military. The Autobots, after spending years in hiding, decide to finally reveal themselves when Viceroy Clovis orders the extermination of the Shinjuku Ghetto, leading to a meeting between the exiled prince and the Transformers, as well as the truth behind the rise of the Britannian Empire.

Code Prime is also seen as an Intercontinuity Crossover from both Code Geass and Transformers as characters and elements from other continuities, such as Oz the Reflection and Robots in Disguise, are included. The first entry in the series is R1: Rebellion