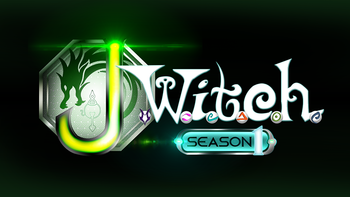 J-WITCH is a Jackie Chan Adventures and W.I.T.C.H. crossover Series Fic by Iron117Prime.

After Jackie and his family have sealed Shendu and other Demon Sorcerers in the Netherworld, Uncle is called by his old friend Yan Lin who asks for their help in training the new generation of the Guardians. They soon move entirely to Heatherfield so that they can help full-time in defeating Prince Phobos and finding the true heir to Meridian's throne.

Be wary of Late Arrival Spoilers for Season 1 in the Season 2 section.