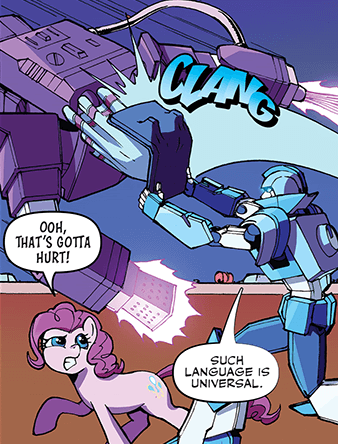 "Hot damn! Anyone else feel that?"
—Krillin (after seeing Cell take a particularly vicious kick to the gut from Gohan), Dragon Ball Z Abridged
Advertisement:

A character catches an anvil with their face or finds themselves under a piano that has just fallen twenty stories or at the receiving end of the biggest can of whupass ever opened. Count on an observer somewhere piping up with "Oooh! That's gotta hurt!"

A favorite stock phrase indicating a character has absorbed a hit so hard that the people watching it felt the pain. Used in live action, animation, color commentary and frequently in Real Life. Used especially often following a Groin Attack AKA Share the Male Pain.

Alternate phrases with the same idea are: "That's going to leave a mark!" or "He'll be feeling that in the morning!" This Is Gonna Suck is the expression of the victim before it happens.

Anyone else feel that?

Gohan kicks Cell in the gut so hard Krillin feels it.

Anyone else feel that?

Gohan kicks Cell in the gut so hard Krillin feels it.