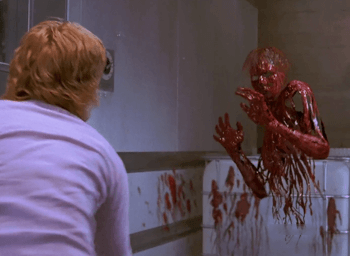 "I can only work on fine, clear days. If I work in the rain, the water can be seen on my head and shoulders. In a fog, you can see me — like a bubble. In smoky cities, the soot settles on me until you can see a dark outline. You must always be near at hand to wipe off my feet. Even dirt between my fingernails would give me away. "
— Jack Griffin, The Invisible Man
Advertisement:

There's all sorts of ways to see someone or something with Invisibility.

Has nothing to with doing the impossible or fighting the power.