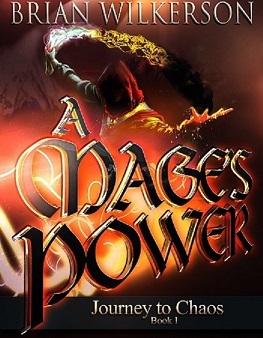 Welcome to a world where magic and monsters are as common as homework and hotdogs.
Tagline

Journey to Chaos is an Urban Fantasy series by Brian Wilkerson. It takes place in the Constructed World of Tariatla and follows the adventures of Eric Watley, a mage for the Dragon's Lair mercenary guild. The stories consist of his missions for the guild, the mischief that Tasio the Trickster sends his way, and clashes with the enemies that he meets and makes.

It starts as a Low Fantasy, with Eric doing novice missions like running a client's errands or escorting a merchant caravan and escalates as the reason that Tasio brought him to Tariatla is revealed.

Tropes present throughout the series