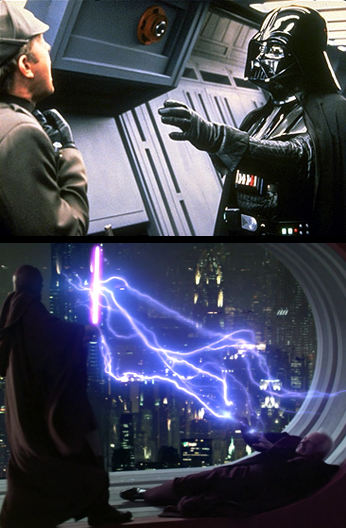 The one time lightning can't do everything.
"You cannot dodge what you cannot see!"
— Gen, Street Fighter IV
Advertisement:

So, a wizard battles a knight, throwing lightning about, raining fire from the sky, shooting beams of evil, all of which, the knight deflects with his Magic Cool Sword. The wizard then brings out a new spell: a vague invisible force that hits the knight, who is helpless to stop it.

So, the question is raised... How come the knight was so easily able to stop lightning bolts, which move far faster than anything humans can react to, but was unable to stop this?

Magic Swords, incredible dodging skills, barriers, shields, and the like are more than a match for any spell that can be seen. The moment that a spell becomes invisible, though, all of these things are useless. The spell will travel through any protective charm or barrier, even if all previous magic was casually guarded.

And this moves beyond just magic too. For psychic powers, or just normal invisible things, the moment something goes invisible, it will not be dodged.

Note that this trope only applies when there is a contrast between visible dodgeable attacks and abilities, and invisible undodgeable ones. If everything is undodgeable, then it doesn't count. For instance, in all of the tabletop games based on d20 System, attacking while invisible completely negates the target's Dexterity defense bonus, and the same applies to invisible projectiles unless the target can see who's shooting and guess the trajectory.

Sometimes overlaps with hitscan attacks. Also, compare with Rule of Perception, Thought-Controlled Power, as well as Always Accurate Attack. Contrast Projectile Spell, for when magic spells behave more like projectiles (and can be potentially dodged) when it's better if they don't.