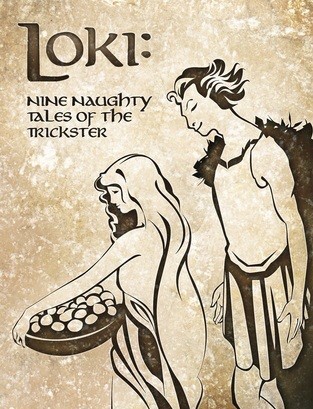 A deity or demigod whose domain encompasses deceit, pranks (including prank punishments for misbehaving), and reversals. Most gods have some shape-shifting and use semantics to betray the spirit of an agreement, but these characters are defined by these stories in a way that other (probably Jerkass) gods aren't.
Advertisement:

This trope is Older Than Dirt since it appears in several real life mythologies, where the god's trickery is used as a lesson for the audience. These gods teach indirectly, through inducing/induced hardship, and people learning from it, instead of giving direct instruction. Because of that, they are often associated with storytelling and are as commonly the victim of pranks and mischief as they are the provocateur.

Sub-Trope of Stock Gods and The Trickster. Other stock gods that overlap with this trope include God of Chaos ("chaos" may encompass randomness, potential, entropy, and destruction/disordered creation), Lady Luck (luck is fickle), and God of Knowledge ("knowledge" may encompass cunning and trickery).

TWA gives his standard blueprints for a trickster god.

TWA gives his standard blueprints for a trickster god.