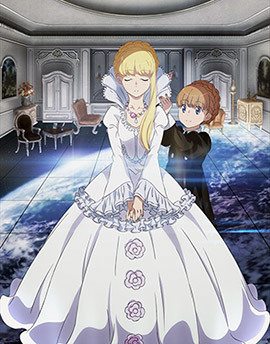 "And when my mom suggested that you be my lady-in-waiting, it felt so right to me. Do you know what that's like? When something just feels right?"
Cassandra stared, taking another cookie.
"Anyway, according to this book, a lady-in-waiting's duties include teaching me manners, languages, and dances prevalent at court; reading and composing correspondence — though, honestly, I don't know who's going to write me a letter; painting, which I love with my whole heart; horseback riding — sign me up! music and participation in other queenly pastimes. There's also care of my wardrobe — I'm not too into clothes, so let's not worry about that; matters of diplomacy; supervision of servants; keeping me informed about everything that's happening at court; and discreetly relaying messages upon command. But I'm not exactly the type to give commands. I guess you could say we have a lot of work ahead of us."
Cassandra had placed the cookie on her lap and was growing paler by the second.
— Princess Rapunzel, Rapunzel and the Lost Lagoon
Advertisement:

A lady-in-waiting is a personal assistant to a queen, princess, or noblewoman at court. They are often of noble birth themselves but are usually from a lower social rank than the woman they are attending to.

The duties of a lady-in-waiting can vary greatly, as can their relationship with their mistress. They will often help her get dressed, get food, and prepare her for bed, while also accompanying her during courtly activities like dancing or horse riding. Depending on how much the mistress trusts her ladies-in-waiting, they could pass on secret messages for her or act as spies on other members of the court. Ladies-in-waiting can be either viewed as friends by the mistress, or simple tools to use however she sees fit.

If a lady-in-waiting has a close physical resemblance to their mistress, she may be utilized as a Body Double to throw off possible assassination attempts.

If the lady-in-waiting is older, she may be a Matron Chaperone and part of a Maid and Maiden duo.

Distaff Counterpart to The Squire.

Other terms that are used instead of lady-in-waiting include lady-of-honor, handmaiden, and lady attendant.