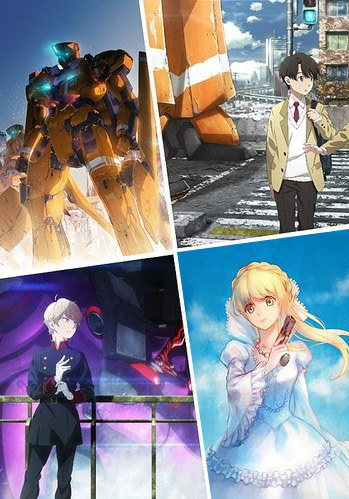 mission to the moon discovered an alien Hypergate that allowed for instantaneous transport to Mars. A massive effort to colonize Mars soon followed, and the first explorers and settlers quickly discovered Lost Technology there dubbed "Aldnoah" that allowed them to become self-sufficient. Eventually, they declared independence as the Holy VERS Empire, named after their expedition's leader Rayregalia Vers Rayvers, and even formed a religion (if you could call it that) based around the technology found on Mars. In 1999, a war broke out between the Holy VERS Empire and United Earth, ending with a Pyrrhic Victory for VERS after the Hypergate on the moon overloaded and blew the celestial body in half, cutting off all access to Mars and causing massive destruction across the Earth thanks to major population centers being heavily damaged by environmental shifts and the falling shards of the moon.

It is now 2014, fifteen years after the devastating events of "Heaven's Fall." The VERS soldiers who were left behind after the Hypergate's destruction now live in the remains of the moon and massive space stations in orbit between Earth and the moon, forming themselves into 37 clans. Only recently has space travel advanced to the point where travel between Earth and Mars is practical, and tensions remain extremely high between Earth and the Holy VERS Empire.

The full plot begins after the Martian princess, who had come to Earth in order to help negotiate peace, is assassinated by a terrorist coup. The Terrans are framed for the tragedy, and now a full-scale VERS invasion on Earth begins.

The premise of the series is basically every Real Robot action series... with the roles reversed. Picture a group of Zakus / Scope Dogs pitted against Mazinger Z / GaoGaiGar, only the villains are in the physics-defying, One-Man Army Super Robots, while the heroes are in outdated, Red Shirt Army Mook Mobiles.

The show's second half