Earth Is a Battlefield 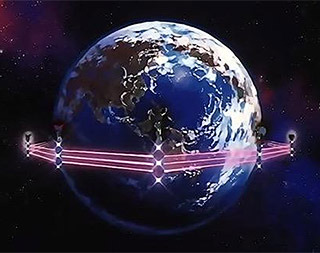 In short, the Planet Earth has become a giant fracking battlefield, or at least a significantly widespread number of sections of it have. The causes of war can range from countries engaging in a wide conflict to an Alien Invasion.

When Earth is subject to this trope, it's hard to find anywhere on the planet where there isn't violent fighting going on. Anywhere you do find that's peaceful now could easily become thick with fighting at a moments notice, if it wasn't thick with fighting previously. Nobody on Earth is untouched by loss of loved ones.

Name is a pun on both the Pat Benatar song "Love Is a Battlefield" and Battlefield Earth, neither of which have anything to do with this trope.