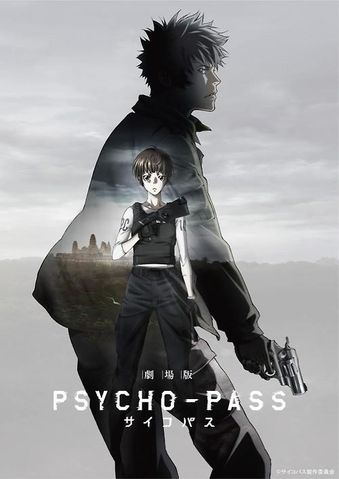 Psycho-Pass The Movie is the sequel of the TV series set two years after the second season. It was directed by Naoyoshi Shiotani and written by Gen Urobuchi and Makoto Fukami who both wrote the first season. Production I.G. returned to animate the film. It was released on January 9, 2015 and is licensed by Funimation, who will give the movie a theatrical release in the United States in March, 2016.

It's July 2116. the Japanese government is exporting the "Sibyl System" technology to other countries, spreading it throughout the world. A state in the midst of a civil war, SEAUn (the South East Asian Union, pronounced "see-un"), brings in the Sibyl System as an experiment, and the coastal metropolis of Shamballa Float achieves temporary peace and safety. But then terrorists from SEAUn appear in Japan, slipping through the Sibyl System and attacking from within. Interrogation of a surviving attacker reveals that they are affiliated with a certain renegade Enforcer, and Akane Tsunemori leaves for SEAUn to investigate...

and the English dubbed trailer here

The movie has also received a novel version in Japan.

The movie was followed by the Psycho-Pass: Sinners of the System trilogy in 2019.

Be warned: spoilers from the TV series will be left unmarked if you haven't seen it.