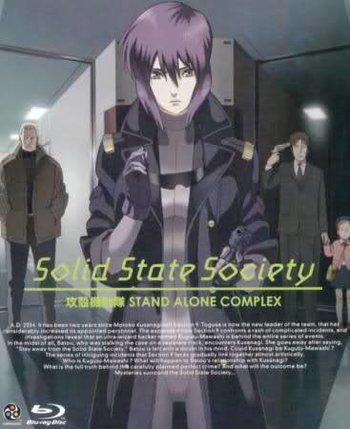 The OVA centers on Public Security Section 9 trying to cope with a rash case of suicides and terrorist cases concerning ex-officials from the collapsed Seok Republic in the year 2034, two years after the end of 2nd GIG. The Major aka Motoko Kusanagi has tendered her resignation, making Togusa the second commander of Section 9. In the wake of restructuring, Section 9 has expanded with new recruits and a full-time tac team to help in raids.

While the investigation into the suicides and the case of an attempted assassination on a Diet assemblyman, the Major returns from the shadows to join her ex-subordinates to investigate who's the Puppeteer and figure out what he's up to, especially with the case of children who were being abducted from various families and homes in Japan.