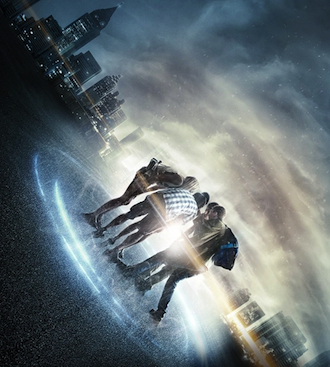 Project Almanac is a 2015 found footage sci-fi teen thriller. It was directed by Dean Isrealite.

David Raskin, along with his friends and sister, discover the blueprints for a time machine in his basement hidden by his late father. The gang, joined by David's crush Jessie, build the machine and use it for personal gain, only to discover that their actions greatly affect the lives of those around them.

"Excuse me, sir, but where is your time machine section?"
"What a douche!"