My Fist Forgives You 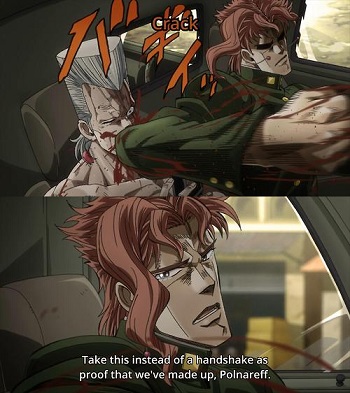 This is a subtrope of Restrained Revenge in which a character claims a right to one punch before forgiving the one who wronged them. Sometimes accompanied by the phrase, "Now we're even."

If done at the receiving party's urging, may involve Hit Me, Dammit!. Occasionally overlaps with Get a Hold of Yourself, Man! or Dope Slap. Compare Easily Forgiven. Contrast Sorry I Fell on Your Fist.