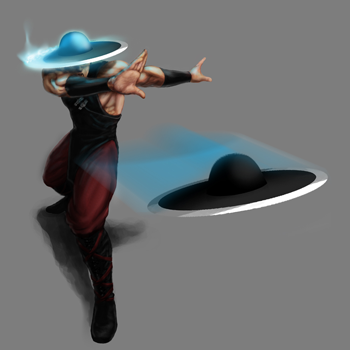 "Aside from it being painfully useless, I was also disappointed with the guide for not including a list of hat-related catch phrases I can scream before a knockout. 'Hats off to ya! Shit CAPpens! Hate to HABERdash your hopes! Now HAT's more like it!' I mean, those only took me 90 minutes to come up with and I'm just some guy who's never killed anyone with a hat."
— Seanbaby, "4 Everyday Items You Didn't Know Were Weapons"

A Nice Hat as an Improvised Weapon, such as for Using Your Head, a thrown hat, and a Cool Helmet that can shoot Frickin' Laser Beams, etc.

The Hard Hats are especially useful for this. See also Hat of Power.