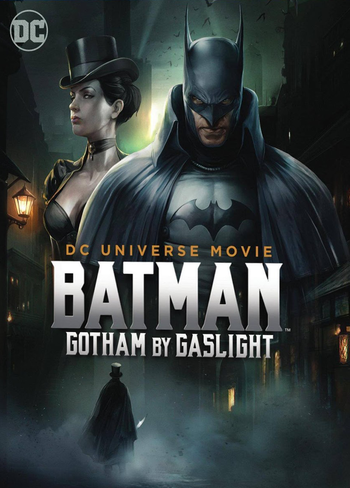 A 2018 movie in the DC Universe Animated Original Movies line, Batman: Gotham by Gaslight is an Animated Adaptation of Brian Augustyn and Mike Mignola's Elseworlds comic of the same name. It pits a Victorian-era Batman against Jack the Ripper.

Voice actors include Bruce Greenwood reprising his Batman: Under the Red Hood and Young Justice role as Batman, Jennifer Carpenter as Selina Kyle, and Anthony Head as Alfred Pennyworth.

The first trailer can be seen here.