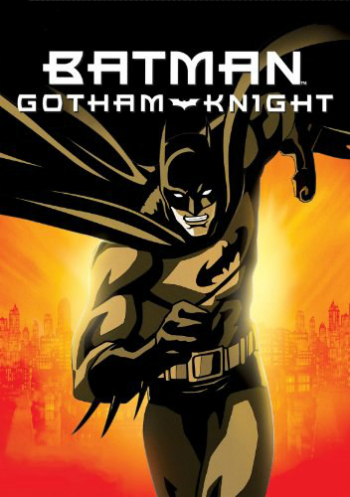 Batman: Gotham Knight (2008) is an Animated Anthology film consisting of six-interlocked short episodes ostensibly set in The Dark Knight Trilogy (between Batman Begins and The Dark Knight). An Animesque series in the vein of The Animatrix, Gotham Knight was produced by a gathering of some of the best in the business, including writers David Goyer and John Olson; animation studios Studio 4°C, Madhouse* with Dong Woo Animation for "Deadshot", Bee Train, and Production I.G; and voice actor Kevin Conroy (who reprised his role as Batman). The film is part of the DC Universe Animated Original Movies line.

The six animated segments include:

Not to be confused with video game Gotham Knights.

In "Batman: Gotham Knight", Deadshot is shown doing a super precise shot that ends in a glorious headshot.

In "Batman: Gotham Knight", Deadshot is shown doing a super precise shot that ends in a glorious headshot.