Film / Beach Of The War Gods 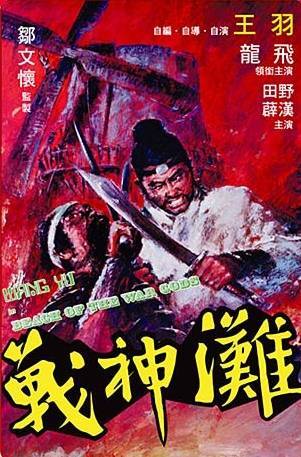 The gods favors the mighty after all...

Towards the end of the Ming dynasty, a cluster of coastal Chinese villages are at the mercy of Japanese buccaneers, who regularly launch raids and attacks on the village, plundering the locals of their wealth and food. But when a drifter and wandering warrior, Hsia-feng (Jimmy) single-handedly kills a small band of buccaneers while in the village, the villagers are quick to offer Hsia-feng an extended stay, in exchange for protection against the invaders. Hsia agrees, and later he is joined by a few more warriors, including "Killer" Leng-ping and Iron Bull, who then decides to train the villagers into battle against the buccaneers.

Yes, this is Seven Samurai all over again, but with Wang-yu. So expect the action, gore, and onscreen bodycount to skyrocket. After all, Jimmy gets to do what he does best...

Tropes of the War Gods: