Western Animation / The Batman vs. Dracula 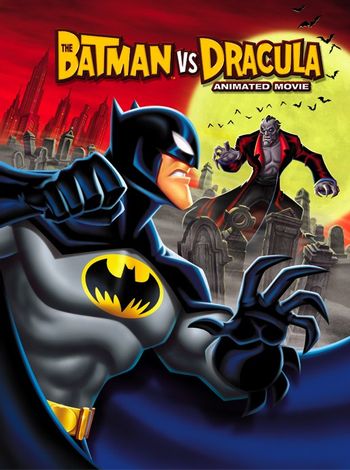 The Batman and the bat man, together at last!
Advertisement:

The movie of The Batman, featuring (expectedly) Batman battling against Count Dracula. Heavily based on the Batman Vampire trilogy (which also had Batman and Dracula fight in the first graphic novel).

Accidentally resurrected by the Penguin, who believed his tomb to be the repository of a great treasure, the Count begins abducting citizens of Gotham City and turning them and the Joker into vampires as part of a scheme to revive his lost love, Carmilla. Batman catches on to this evil scheme and sets out to stop Dracula and save the citizenry.