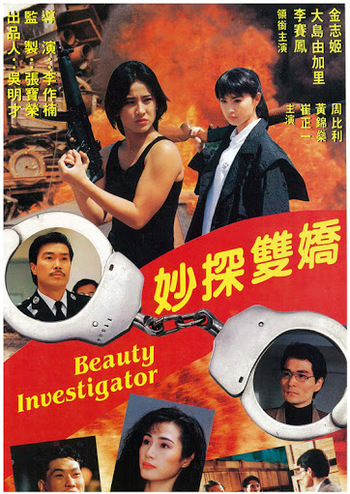 Sadly, despite what the cover implies, at NO point did Oshima get to kick ass with a machine gun.
Advertisement:

When a number of nightclub hostesses turns up dead in the red-light districts of Hong Kong, police detectives Min-feng (Moon) and Grace are assigned to investigate, but they end up unveiling a far bigger conspiracy involving the local Hong Kong triads making a deal with the Japanese Yakuza which has infiltrated Hong Kong. And with the deadly Japanese assassin and hitwoman Tanaka (Oshima) stalking her every move, soon Min-feng will have to fight and shoot her way out.