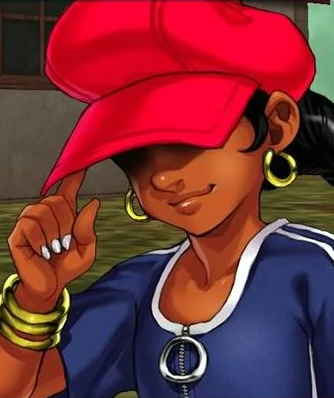 "Next time, lift your lid and you might see it comin'!"
— The Engineer, Team Fortress 2, referring to the Soldier.
Advertisement:

Hats can be cool, but sometimes they can indicate something more mysterious. That's where this trope comes in. A character wearing a hat that conceals their eyes can often be seen as suspicious, mysterious, or even evil. Oddly enough, the character usually shows no signs of being unable to see despite the fact that their eyes can't be seen.

There are two variations of this trope (although they often overlap):

This trope can make a character's eyes stand out much more when they stop wearing a hat, which usually indicates Serious Business.

See also The Faceless, Face Framed in Shadow, In the Hood, and Hidden Eyes. Not to be confused with Coat, Hat, Mask.