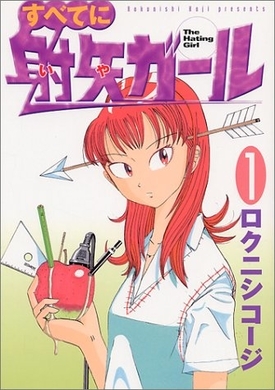 The Hating Girl (Subete ni Iya Girl) is a manga by Koji Rokunishi, which ran in Young Magazine from 2000 to 2002.

It stars Asumi Torii, a girl with an arrow stuck through her head, and Ryouji Amada, the boy interested in her. At first Asumi tries to avoid Ryouji as he tries to find out what's going on with this strange girl, but eventually she relents and their friendship develops from there.