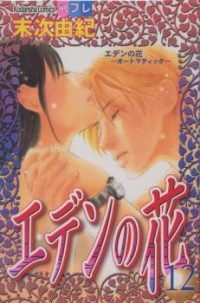 "I am your real brother and I have come to take you back."
Advertisement:

Midori Wakatsuki seems to be a normal student on the outside, but her life is actually not very ordinary. Her parents died in a fire when she was young, she was separated from her older brother Tokio and placed in foster care... and at "home" she withstands her adoptive brother's sexual abuse, alongside her foster parents treating her as few more than a stand-in for their deceased daughter Reika.

Midori's terrible life starts taking a turn when, after dropping from school and while still in her uniform, she meets a man who comes from the States, asking for directions to the Tokyo Tower. She forces her way into his route, asking him to kidnap her... sort of. They end up becoming friends rather fast — And later, it turns out that the man is Tokio, her long lost brother! Tokio eventually finds out about Midori's horrifying life and decides to help her out, reclaiming custody and taking her into his household. From then on, Midori and Tokio start mending their lives. . .

Eden no Hana ("Flowers from Eden") is a manga by Yuki Suetsugu, which was serialized in the shoujo magazine Bessatsu Friend from 2000 to 2004. A year after it ended, it became infamous for having plagiarized art

from other manga series like Slam Dunk and Vagabond, the discovery of which nearly ended Suetsugu's career (though she would make a comeback with her later work, Chihayafuru). This incident is also the reason why (with the exception of Peach Girl and Kin Kyori Rennai, which was released in both Italy and North America) no manga serialized in Bessatsu Friend would see the light of day in non-Asian countries for a decade after.

Eden no Hana has examples of the following tropes.