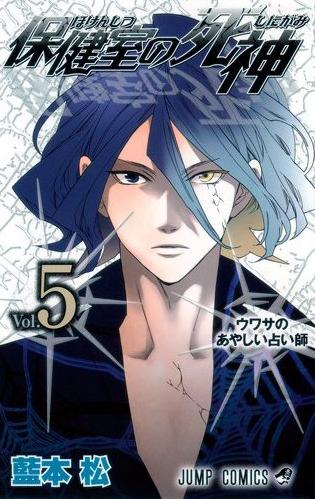 A manga by Aimoto Shou that ran in Weekly Shonen Jump from 2009 to 2011. The story revolved around Hadesu Itsuhito, a school nurse with a unique power to get rid of "disease demons" - mysterious, emotional-based creatures that take control of their host in different ways.

The series started off using a Monster of the Week format, with mini arcs sprinkled in between, and finally brings in a Big Bad and a Quirky Mini Boss Squad.

Now complete with a Character Page.