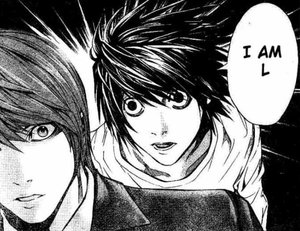 No, really. That's his name.
"You may want to add a few more vowels into your name there, Z."
— Sebastian Stark, Shark
Advertisement:

When you take Only One Name to the extreme, this is the result. Most often a Code Name.

For some reason letters from the second half of the alphabet are much more likely to be chosen. Even people who change their names to something starting with A to get to the top of an alphabetical list seem to never use just A.

A fair number of older novels (from, say, the 19th and early 20th centuries) use this as a form of "discretion shot". (See Spell My Name with a Blank.) For example, a lot of Sherlock Holmes stories refer to "Mr. B——" as a way to imply that this is a real person and the story really happened in the real world, but that due to the potentially embarrassing nature of the events Watson is too much of a gentleman to reveal Mr. B's true identity.

Compare You Are Number 6, when the name is a number. Not to Be Confused with One-Letter Title. Contrast Overly Long Name.