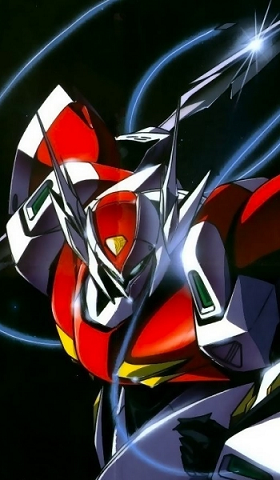 Space Knight Tekkaman Blade is a 1992 anime series by Tatsunoko Production, re-imagining their 1970s series Tekkaman the Space Knight. The setup for the series is that the Earth is being invaded by parasitic aliens known as the Radam (Venomoids in the English version). The Radam are led by mysterious armored warriors called Tekkamen (Teknomen in the English version). The Earth military and the Space Knights have been unsuccessful at fighting the invading aliens (and at cooperating with each other) until the arrival of a mysterious young man known as D-Boy, who can transform into the powerful armored warrior Tekkaman Blade. Together with the small, but elite team called the Space Knights, D-Boy must fight tooth and nail for the future of Earth and humanity.

Tekkaman Blade was dubbed in English under the name "Teknoman" in two versions. The American dub from Saban, which only lasted 26 episodes on UPN (as part of their launch lineup in 1995) and the International Dub, which lasted 43 episodes and was shown everywhere else besides America and Japan. The DVD American release is of the International Dub.

A sequel series, Tekkaman Blade II, takes place ten years after the events of the first series. The Radam are invading yet again, and the expanded Space Knights train a team of new Tekkamen to fight them. The first half deals with the continuing Radam war and focuses on Yumi Francois/Tekkaman Hiver, a clumsy mechanic who is nonetheless recruited into the new team. The second half details the appearance of Tekkaman Dead and his struggle with Space Knight David Kruegel/Tekkaman Sommer, as well as with Blade himself.

Though its premise is more like an armored super hero, it still made its way to Super Robot Wars (J and W). Go figure. And if superheroes (and Capcom) are more your cup of tea than giant robots, then you can check out Blade's playable appearance in Tatsunoko vs. Capcom: Ultimate All-Stars.

A character sheet is constantly in-progress.