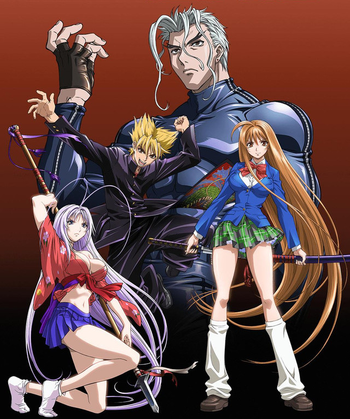 this was the result of DC executives habitually agreeing to publish manga without having anybody read them first. They signed a deal to localize Tenjho Tenge based solely on its popularity in Japan, and the deal specified a "T" rating because that was what was perceived as marketable in the US. It wasn't until after the publishing deals were signed and CMX started translation that they realized the mistake they had made. After CMX ceased publishing, Viz rescued the manga's overseas license and put it under its Signature Line, with noticeably less censoring. However, if you want to see it 100% uncensored, you either have to get the Japanese version, or the Argentinian version by Ivrea now long out of print.