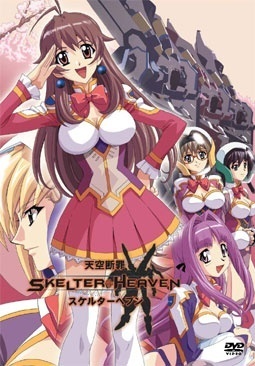 Tenkuu Danzai Skelter+Heaven is a 2004 anime OVA produced by Idea Factory and directed by Yoshiteru Satou of Mars of Destruction infamy. It is an adaptation of the game of the same name. Like Mars of Destruction, it is considered one of the worst anime in existence

When a giant squid-like alien monster attacks Earth, five female soldiers are tasked with defeating it with the help of giant robots which they pilot.