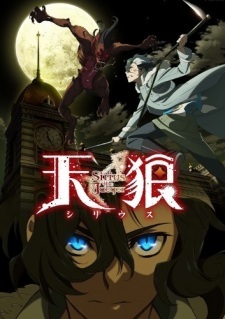 Werewolves vs Vampires. What could go wrong?
Advertisement:

Vampires have always existed throughout human history. In Tokyo 1930, there is an organization known as The Jaegers hunting them. The story focuses on a young man named Yuliy who joined a Jaeger squad to seek vengeance for his fallen kin after his hometown was ravaged by vampires. He and his squad have pursued the vampires across the globe and reached the far east of the world. In Japan, Vampires seek a mysterious artifact known as the Ark of Sirius in order to achieve world domination.

Produced by P. A. Works (of Angel Beats! fame) and directed by Masahiro Ando (From Canaan fame), the series began airing in the Summer 2018 anime season and was released by Netflix across the world on December 21, 2018.