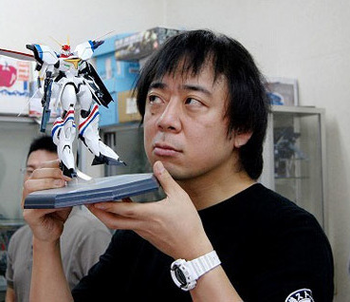 Some more of his credits can be found here

. A short selection of his animation work can be sampled here

Obari has worked on the following (among others):

Tropes related to the works of Masami Obari: