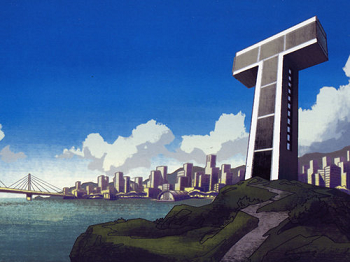 Any building shaped like a letter of the alphabet intentionally, to reference the name or initials of the corporation or the team using that building. Very often in the form of skyscrapers.

A subtrope of Bizarrchitecture. Can often be related to Brought to You by the Letter "S".