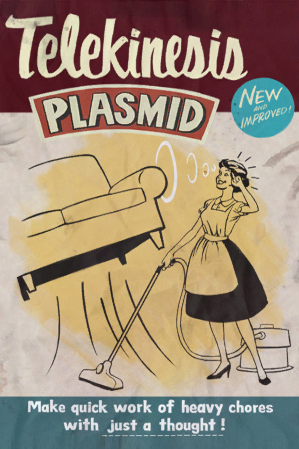 The biological counterpart to Cyborging: instead of altering humans to add machine parts, the geeks in the lab-coats change the flesh, blood and DNA.

Genetic Engineering and stem cell research opens new avenues in the way science. For Sci-Fi writers, this can be extrapolated into a way to create modified humans to suit any environment. You could think of them as artificially created Mutants, but "artificially created" is the key to the definition. They're created on purpose, not by freak accident like being bombarded with gamma radiation or other exposure to Green Rocks.

On the mild end, this can entail things that, if current medical science keeps trending the way it does in Real Life, may not sound all that fantastic in a few decades: limb grafts, biological prosthetics and less visible gene mod enhancements that make people smarter, stronger and better at stuff. Further down the fantastic scale you start to get genetic superpowers, quick and easy drastic cosmetic changes from plastic surgery on up (want green skin and spots? No problem!), extra limbs and stuff that makes humans look a lot more like aliens than most Human Aliens.

Can be combined with Cyborging for even more body mod fun. Certain types of Functional Magic may accomplish the same thing but many or most of them are better listed under Mix And Match Creature or Hybrid Monster, and of those remaining, should be looked at with Clarke's Third Law in mind. Is a newer trope than cyborging because Genetic Engineering is the New Nuke (and shares some but not all examples with it). Also see Organic Technology, LEGO Genetics, Magic Genetics, Superpowerful Genetics, Mix-and-Match Critters, Artistic License – Biology, Designer Babies, Bio Punk, and its Super-Trope, Transhuman. Can overlap with the Stock Superpower of Biomanipulation.