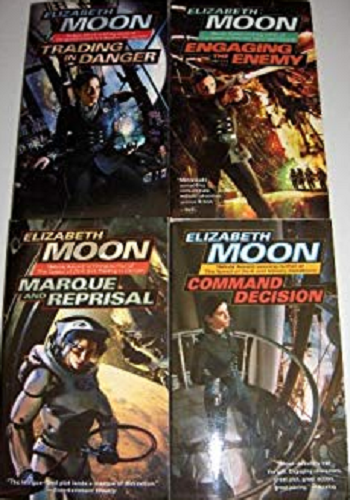 Kylara Vatta gets forced out of her naval academy for a scandal she accidentally helped create. Her family runs a powerful trading business and she's sent to captain an outdated trade ship to a planet where it's to be sold for scrap, not quite aware that it's a Secret Test of Character from her father and brother to see how she'll rise up to danger and hold up in the family business. They get more danger than they bargained for however, as a criminal conspiracy threatens to violently bring down the corporate structures that space currently relies on... including the Vatta family.

The series includes the following books:

In 2017 a sequel series collectively called Vatta's Peace began with Kylara's shuttle for a visit back to Slotter Key getting sabotaged and crashing near an uninhabited continent with many secrets buried deep in both society and the ground.