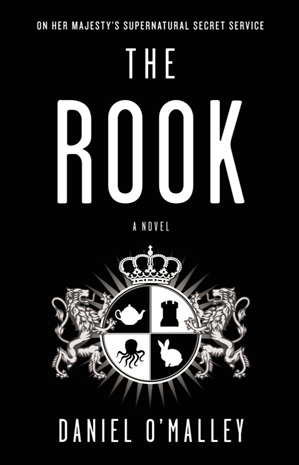 Myfanwy Thomas II wakes up in the rain with no memory and no idea how she managed to knock out a bunch of bad guys wearing latex gloves. Fortunately for her, she checks her pockets and finds the first and second of many Notes to Herself, written before the memory loss. Myfanwy the original knew that she was going to lose her memory. Since she's the ultimate contingency planner, she wrote not only many notes To Self, but entire dossiers of everything and everyone at the Checquy, the secret supernatural organization dedicated to saving people from unpleasant manifestations in Britain. And since Myfanwy's in the ruling Court, she'll need to step in and do her job as if nothing ever happened. While trying to find out who sucked her memories. Because thanks to the psychics, she knows it's one of her fellow Court members...

Adding to the fun, the Grafters, the Checquy's greatest enemy, have returned. They're a bunch of twisted Belgian fleshcrafters that the Checquy only barely managed to defeat centuries ago... and now they're bloody everywhere.

It has a sequel, Stiletto.

In 2017 a TV series adaptation was announced by the Starz cable network and 2019, The Rook premiered. It only had one season, after which it was cancelled.

Not to be Confused with Rook, a post-apocalyptic novel by Sharon Cameron.